The main reason why I saw no difference in this medication was the fact that it weakens the Immune System...Alcohol is made from fermenting sugar with the Fungus as the main product (Cirrhosis of the Liver, even Kidney disease since the body has to constantly try to flush itself).
CURE CANDIDA CURE CANCER

FROM A HOE TO A HOUSEWIFE 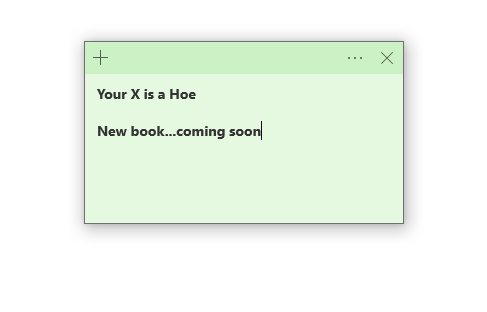 ​In 2010 a formal health care complaint was filed against my license number:

One of the workers verbalized one thing, and another worker something else which were all in a very detailed document on the Department of Healths' website for years after the event, without consideration for HIPPA, being that this was my PHI.

A thorough police investigation was conducted on my behalf, with proved my innocence in the matter, however the Department of Health still proceeded to place me in an IPN program, where its’ doctors being used for evaluations and regular visits had no intention of ever allowing my return to work as a Registered  Nurse.

With this vision and the monetary cost and time that it took to obtain my license as a Registered Nurse in the first place, I had to surrender this license in order to continue to be able to carry on with my life. It was impossible to continue to pay for the IPN program, pay my rent or even put food on the table without having my nursing license to work with, which I have worked very hard to obtain.

The misfortunate occurred several years later in 2018 at Dr. Phillips Hospital when I  had to be transfused with 2 units of blood over night in order to return my hemoglobin level to a better number than 6.4 mg/dl.

I discussed these incidents with my Nursing 1 (school teacher, while in church one day), because I found it very difficult that the organization that I’m supposed to trust would “write me off” based on the notion of an “he said, she said, or in this case, two she’s” incident.

The fact of the matter is that without a sufficient, amount of blood in ones body every thing will eventually shut down, including the brain, leading to death.

The fact that I was able to complete a series of very rigorous nursing courses, and later obtain a license for which only amounted to 75 questions on Martin Luther King Jr. Blvd in Tampa Florida, never occurred to the department of health that maybe I didn’t have a mental issue, but a physical one that started at the age of 12 when my menstrual cycle first appeared.

Some numbers have been changed from what was originally told to us (me, my husband, and fathers wife) in the emergency room on November 18, 2018, including the year of occurance (2018 to 2017). Another example is that we were told in the Emergency room that my Blood count was 6.3 (could have been the Hgb, Hct, RBC etc), but later on I discovered from my record that the Hemoglobin was 6.4mg/dl, which is possibly what the Emergency room physician was referring to. My body may not have been working properly, but my brain still was, even though I may not have interacted with staff the way they wanted me to. In death one of the last things to go is the hearing was self proven on that day. My blood was 8.3 when I left the hospital the next day (November 19,2018). For the record when a lab level, such as a hemoglobin is 11 for a female, the terms “normal for this patient” should not be used to dismiss it. A low level is a low level, whether it is 10.5 or 6.4, female hemoglobin wise,
*Please see attached medical records.


This drug was supposed to be another drug filled with great promises, even better than Chemotherapy they said...why are they still experimenting? Artificial and bleached sugar is a Cancer patients worst enemy but you will never hear that from your doctor because they would not want to compromise the money that is being made off this industry.